All Along the Dock edge

Head east to the Royal Docks and collect your illustrated guide to this intriguing east London walk. The route takes you along the northern edge of the Royal docks - from Royal Albert Wharf, the point where the docks meet the Thames, towards Royal Victoria with its backdrop of Canary Wharf. Over the past 40 years there have been over 70 masterplans for this much debated stretch of land and current development is dramatically changing the face of the docks.

This large body of water, once the largest enclosed docks in the world, offers the opportunity to really embrace a sense of open space. The walk takes you through the history of the industrial docks to the future of its planned developments. Along the way you’ll see shipping cranes, the site of a 1980s concert with lasers and fireworks which attracted 200,000 people, and you’ll hear the noise from the airport juxtaposed with cormorants and Canada geese.

The walk is just under 3 miles and should take around an hour at a leisurely pace. There are places to buy refreshments along the way and the DLR runs parallel to the route.

Your illustrated guide can be collected from either the east or west end of the docks at the following locations, all of which are a short walk from the DLR.

PLEASE NOTE:
*Due to construction works at the Royal Albert Dock site, some of the route at the water's edge may be inaccessible. A short hop on the DLR between Royal Albert and Cyprus is suggested to avoid this. 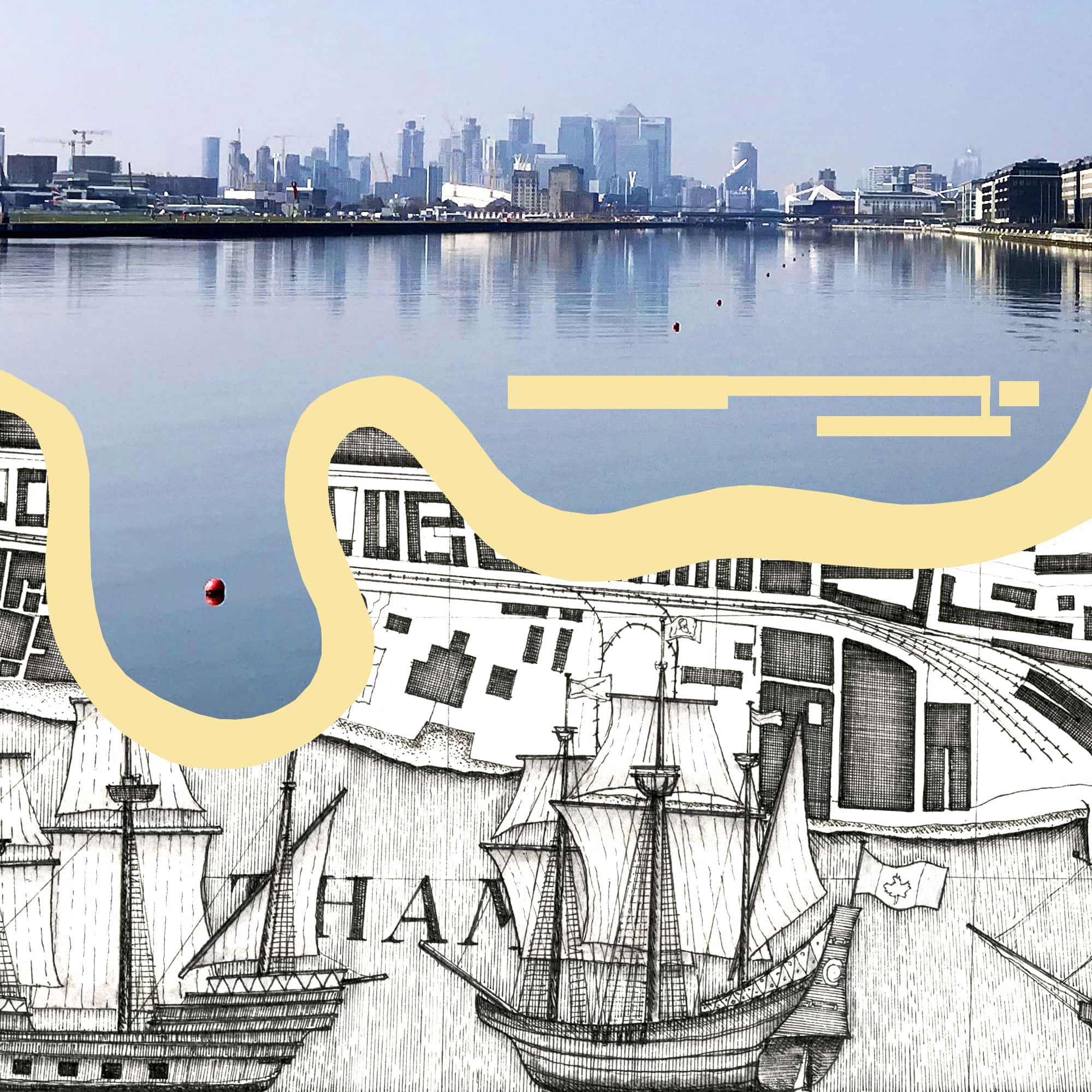