LFA ‘Boundaries’ St Martin in the Fields – 10 years on, releasing of boundaries

Eric Parry Architects are revisiting their St Martin-in-the Fields project 10 years on, as part of St Martin’s ‘Building Futures Campaign’. The Campaign seeks to expand the theological and music programmes alongside maintaining and enhancing the existing buildings and spaces that transformed this London landmark.

Today the more transient nature of cities and how we are now occupying public space and buildings, is allowing these places to be inhabited more fluidly, creatively and imaginatively – the boundary between spaces and places is being released. How are public places evolving and responding to the changing nature of how people are inhabiting them?

Conversations around the importance of good pedestrian focused, considered public space that connects these cultural institutions are increasing and are filtering into public debate. The quality of our public realm and the more varied offer of shared spaces within our existing and new buildings are important considerations in securing the future of our cities in a world which is increasingly lived ‘virtually’.

As part of a series of events throughout June culminating in a talk and panel discussion on the 26th June, Eric Parry Architects will be doing a series of building and walking tours of both the interior and exterior spaces and taking people to both the public and more private areas of St Martin’s explaining the works completed as part of our Renewal Project 2002-2008 and more recently as part of our work for St Martin’s as part of their Building Futures Campaign 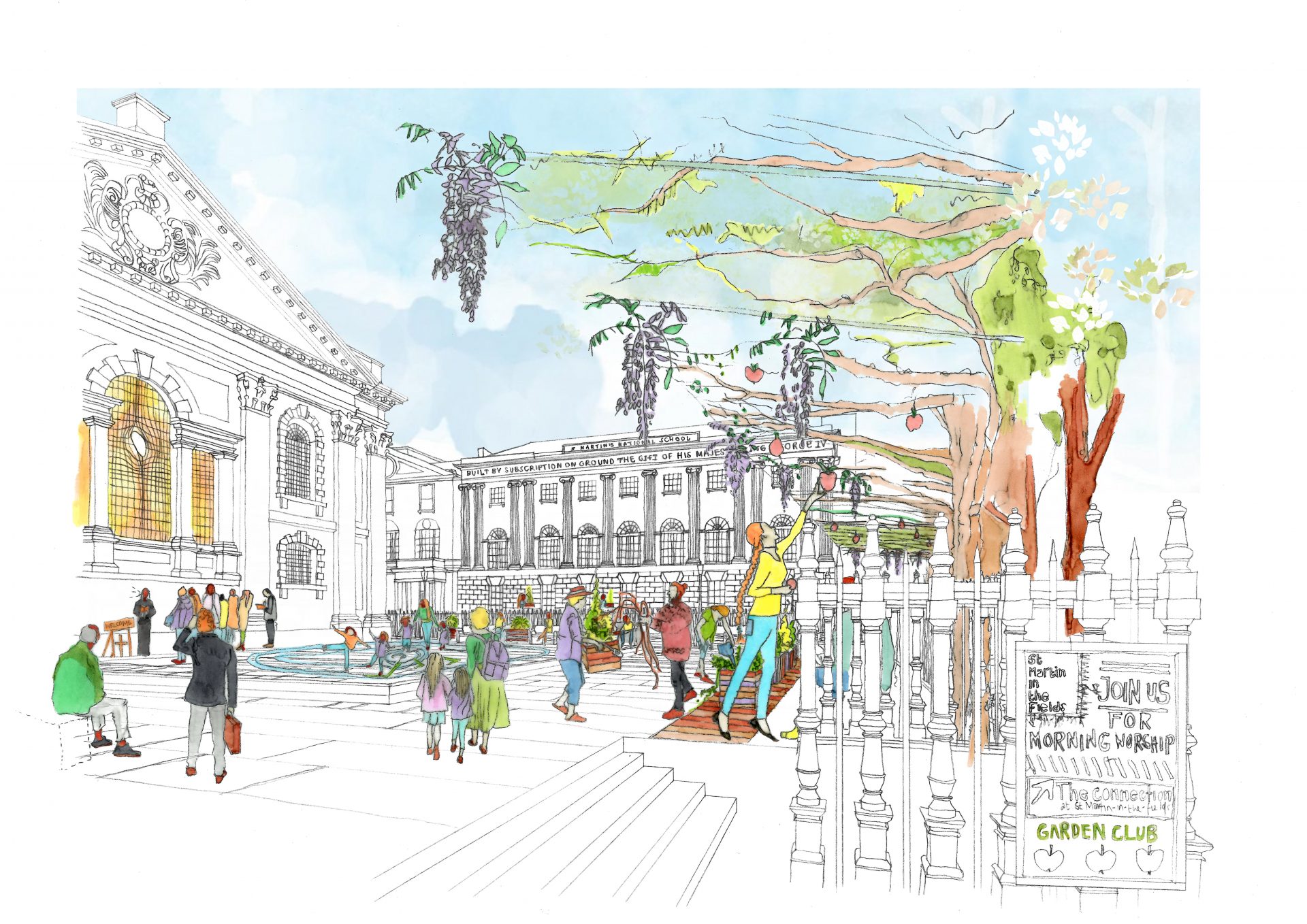 
LFA ‘Boundaries’ St Martin in the Fields – 10 years on, releasing of boundaries


LFA ‘Boundaries’ St Martin in the Fields – 10 years on, releasing of boundaries


St Martin in the Fields – 10 years on, releasing of boundaries