The Co Mooring Project is a 4 week collaboration with Westminster Council and the Canal and River Trust to explore how underused and unloved spaces on the canal can be transformed through architectural intervention and mooring policy changes.

By introducing an elevated walkway across the space a series of usable pockets of space are created along the tow path that can be accessed by both the local and canal boat communities. Throughout the event the canal community will be encouraged to engage in local community events and initiatives in exchange for priority mooring on the site over the course of the month long trial.

Alongside Westminster Council the Co Mooring Team will be hosting a number of events at the site, between the 28th of June and the 28th of July, beginning with a Canalside Forum and Launch event to provide an open discussion about how canals, a piece of infrastructure from the industrial revolution, can be bought into the 21st Century. 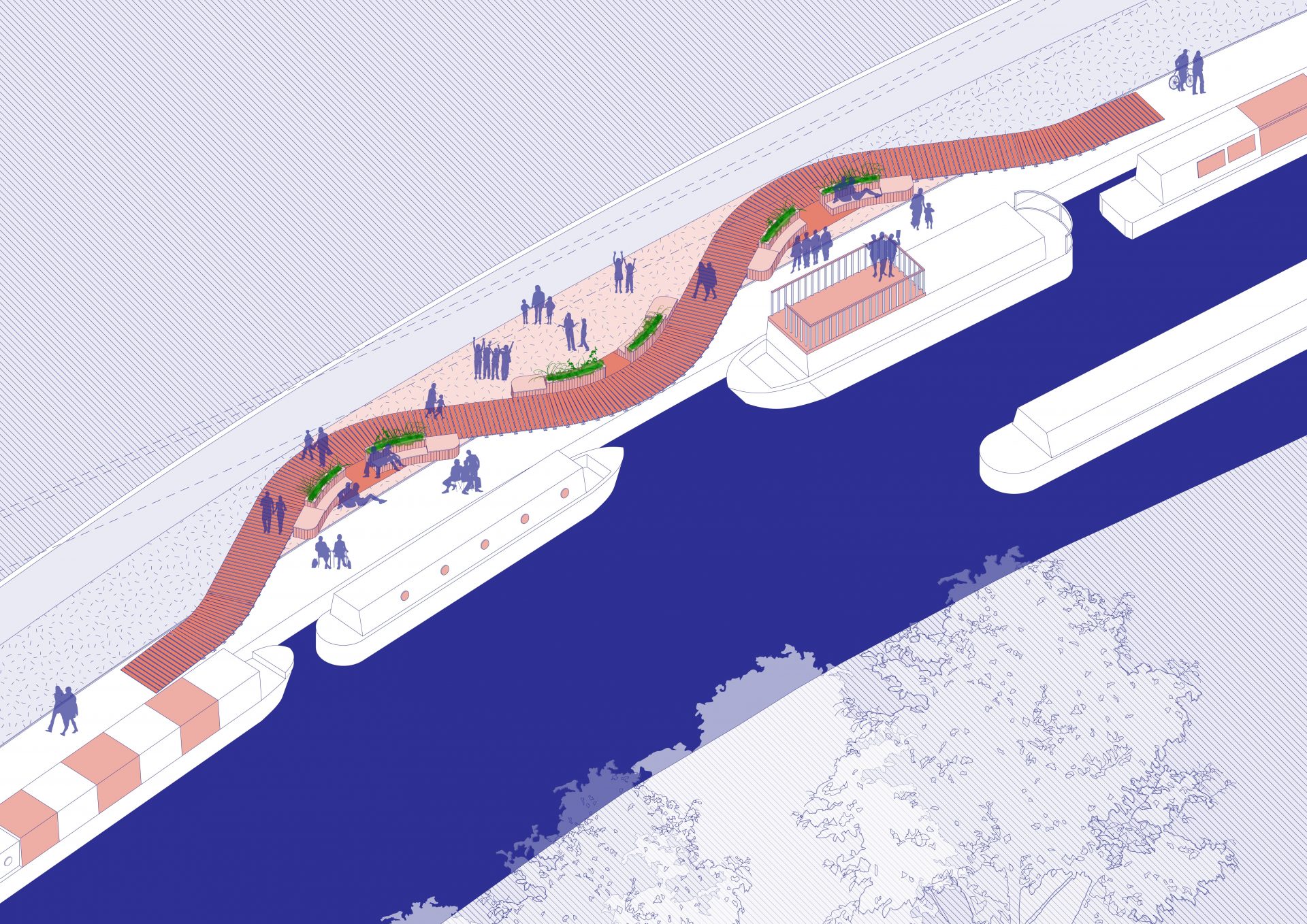