EXHIBITION OPENING EVENT WHAT WHERE: Crossing boundaries in the architecture of Sala Beckett

What Where: Crossing boundaries in the architecture of Sala Beckett

Join us for drinks to celebrate the opening of What Where: Crossing boundaries in the architecture of Sala Beckett. Curated by Vicky Richardson, the exhibition explores how the work of Irish playwright Samuel Beckett influenced the design of an experimental theatre in Barcelona by Flores and Prats' Architects.

Exhibition:
With Samuel Beckett in mind, What Where presents Sala Beckett, a 1920s workers cooperative building in Barcelona that has been beautifully restored and transformed into a theatre by architect Flores and Prats. Through his writing Samuel Beckett (1906-89) asked readers and audiences to step beyond the boundaries of their subjective experience to explore an essential human condition. Borrowing the title of his short play, What Where, the exhibition considers the design intention, detail and universal themes of Sala Beckett through the architect’s exquisite models and drawings.

It is an opportune moment to look at the work of Beckett, who crossed boundaries in his life and work, and created characters that resonated with audiences around the world. Beckett – an Irishman who made Paris his home and wrote in French, his second language – reminds us of the universal human condition as opposed to the particularism of identity, which is increasingly emphasised.

What Where features a rare screening of Beckett’s short film, Film (1965) starring Buster Keaton in one the actor’s last roles. Simultaneously disturbing, confusing and absurd, Film – as Beckett said – is about ‘the perceiving eye, the perceived and the perceiver’.

Just as Beckett makes us think about perception and the essence of being, the exhibition looks through the eyes of Flores and Prats at a building that previously went unnoticed and was abandoned in a state of decay. For What Where the architect’s models, detailed inventories and measured drawings – exhibited in London for the first time following their display at the 2018 Venice Architecture Biennale – reveal how the detailed examination of a derelict building has led to its new life as a dynamic theatre for experimental writing. 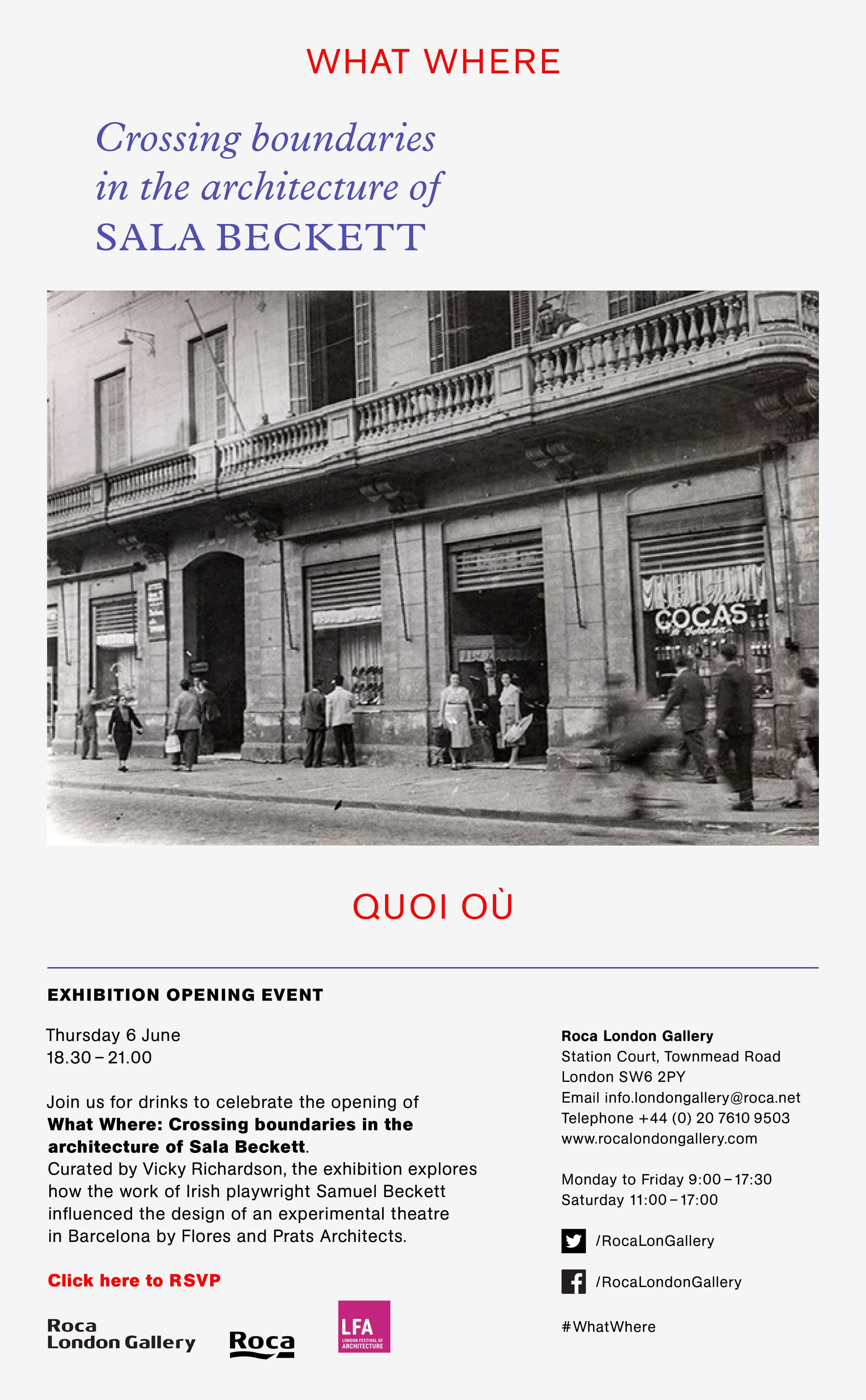 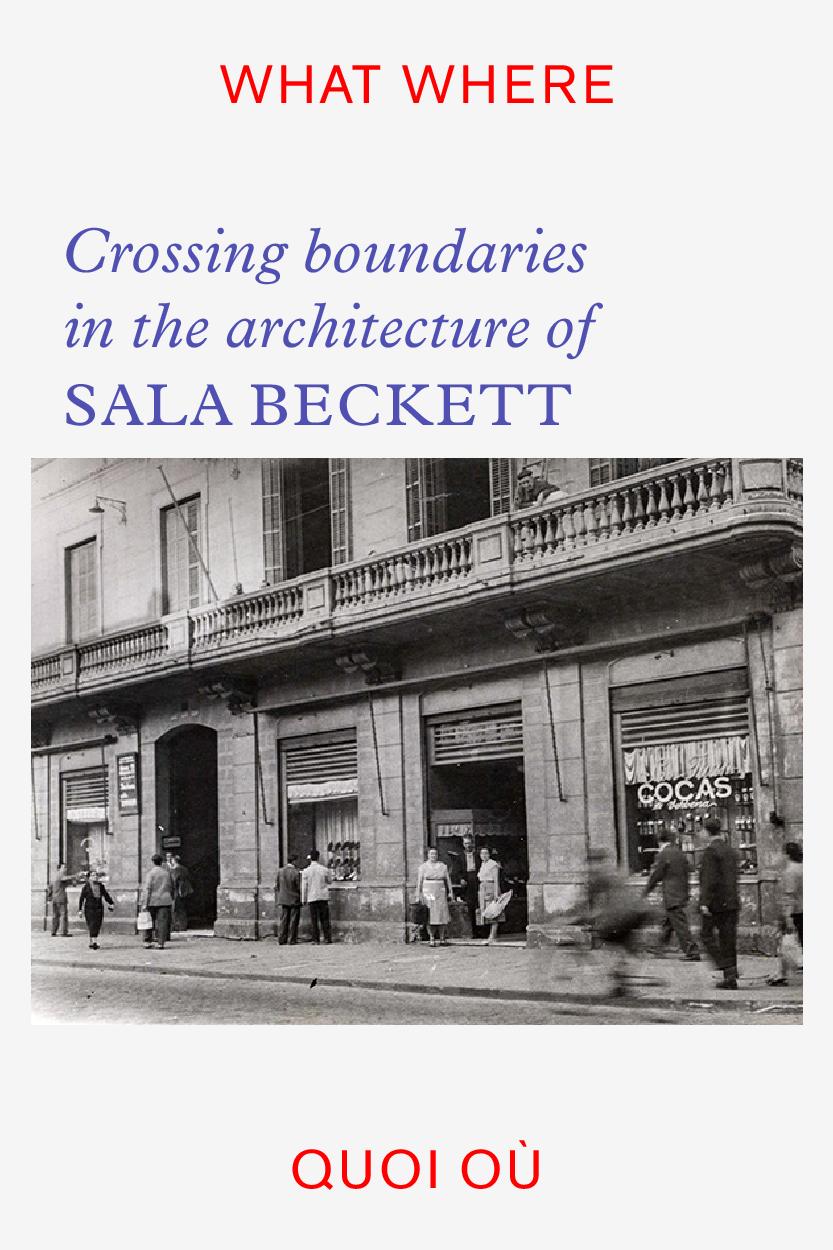 
WHAT WHERE: Crossing boundaries in the architecture of Sala Beckett

With Samuel Beckett in mind, What Where presents Sala Beckett, a 1920s workers cooperative building in Barcelona that has been… 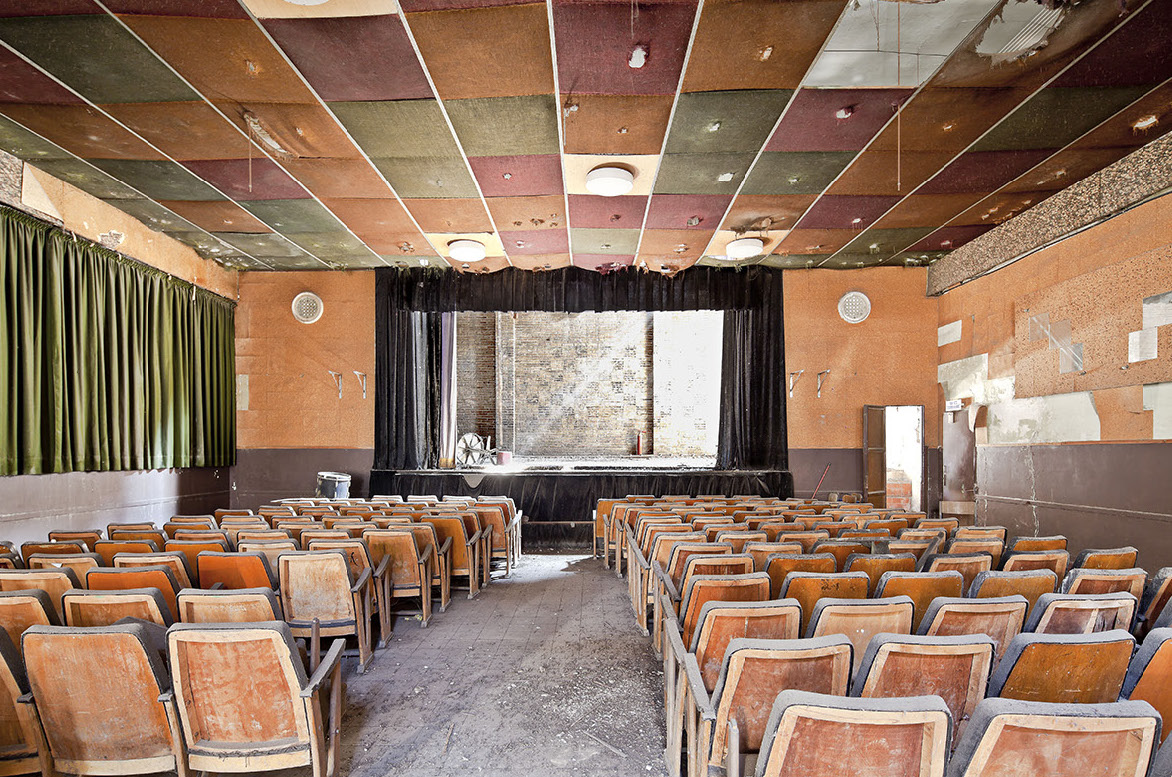 Barcelona - based architects Ricardo Flores and Eva Prats will speak about their work as a process involving research, building…