Breaking Boundaries and Transforming a Society

Comuna 13: the transformation of a bario through colour

What do the East End of London and Medellin in Colombia have in common? Beyond the commonality of notorious gangland families immortalised onto film, they have also both existed as impoverished environments. Today, both places have had a miraculous metamorphosis and crossed significant boundaries because of technology and creativity.

The once dilapidated terraces of Shoreditch are now a nursery for creativity and state of the art technology-based entrepreneurialism, which has become a threshold of change. Imagine a similar grit and position it into Central America and you have the vibrancy of the barrios with their reconquered spaces in Comuna 13 in Medellin.

Medellin has 16 favelas, the most notorious of which was Comuna 13. Cradling the side of a valley of a huge hill, boundaries were crossed with catastrophic repercussions and in 1993, Comuna 13 was called the most dangerous place in the world. Violence and car bombs were commonplace but the city’s urbanist leader, Echeverri, created a programme to address these territories. By looking at the urban environment through the planning of a social infrastructure such as schools, play spaces and communal areas, murder rates were significantly decreased by 95%. This in itself is an incredible story of how an unapproachable area with a no-go boundary became approachable but add to that the power of art and the human story emerges.

The youth of the community started to depict the narratives and recent history onto the walls through mesmerising graffiti. The amazing street art attracted so much mainstream attention that competitions took place for the best pieces, with artists practicing in sheds used as make-shift artists’ studios.

A reference to mothers waving white flags, surrendering to soldiers to stop them from shooting 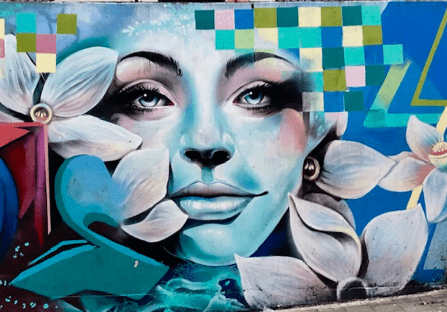 Each piece of Graffiti depicts a different tale 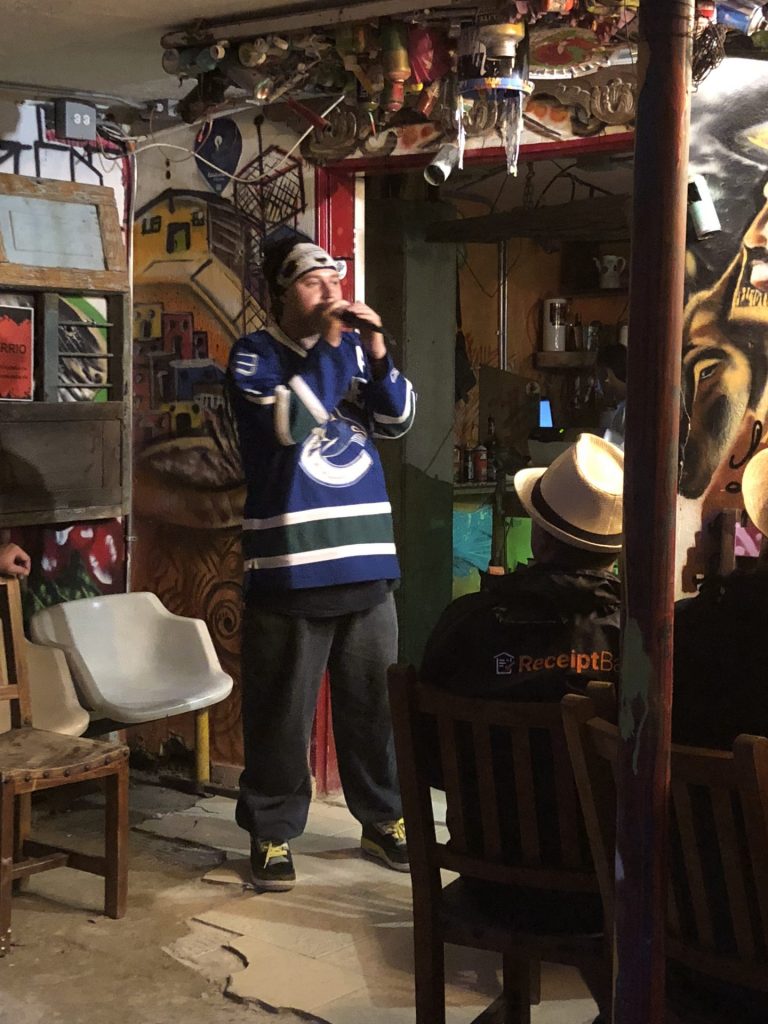 In the recent years, the internet had brought Spanish Hip-Hop into the favelas as another creative medium. As a result, young internet sensations are able to make a better income through digital streaming. Other creative but more traditional business pursuits such as cooking, and hair dressing salons have also sprung up, alongside collector’s edition street wear such as t-shirts and hoodies.

Further assisted by government funds, the community now have access to escalators built alongside the hill, saving tremendous time and effort of climbing over 300 steps. With better connectivity to outside communities, local businesses are able to utilise this to develop and thrive.

This is a positive example of boundaries being changed and the transformation of an embattled neighbourhood through improved urban planning, art and a community led culture. 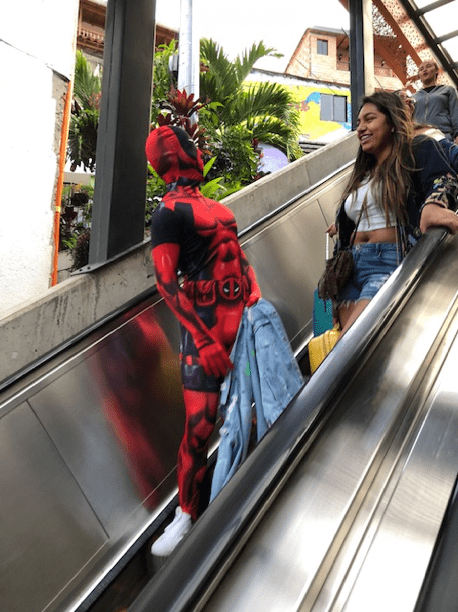