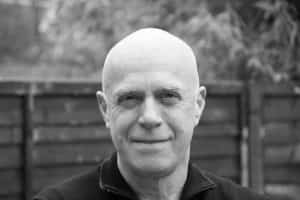 London’s buildings tell compelling stories of the capital’s identity, not because they express some fixed essence of the city but because they reflect its lack of one. Like London, their variations are infinite and changing endlessly. Like London, they are both ancient and new, loved and loathed, dazzling and dreadful, stupid and stupendous, and often all of those things in the same street.

As is the case with London’s people, businesses and institutions, they tend to cluster in types, but also often form extraordinary mosaics. They can very uniform—regimented terraces and nondescript offices. But they can also be outlandish, innovative and timelessly inspiring as well as loudly quarrelsome, clashing in terms of ethos, aesthetics and aspiration as well as in their shape, function and size.

The discordance in London’s architectural landscape is matched in intensity only by the rows about London’s buildings that endlessly break out. London has been described as an ungovernable place, for all its blocks and layers of governance. Its architecture too speaks of an enduring state of creative disorder that works for some and not for others and of fractious negotiations between the longing for permanence and the hunger for change.

None of this is to say that Londoners don’t feel a sense of belonging. They do. Belonging in London, a recent paper on the issue from think tank Centre For London, reported that the large majority of people who live in London who think of themselves Londoners is of much the same size as it was 40 years ago, despite the fact that the proportion of Londoners born outside the city—either abroad or elsewhere in the UK—has doubled in that time.

Yet the paper also records that this unifying sense of London connection exists alongside stronger, highly localised attachments to, say, Battersea, Bermondsey or Bethnal Green and a corresponding lack of belonging to the capital as a whole. Evidence was also cited that many Londoners see themselves more as north, south, east or west Londoners than as Londoners per se.

London’s architecture and Londoners’ feelings about it sometimes seems to replicate those different levels and limits of affiliation. To pick a contentious theme, a 2016 poll found that significantly more Londoners thought new tall buildings enhanced London’s skyline and added to its “vibrancy” than took the opposite view and they were split in two over whether new tall buildings were “damaging what makes London special.”

However, the poll also found strong support for more limits on the heights of the very tallest buildings, for restricting them to certain zones, and for more public consultation about them, especially among inner Londoners, who have been more likely than outer Londoners to find a skyscraper sprouting in their neighbourhoods. Constructions of great height were, it seemed, seen by many as enhancing London’s global glory, but you might not want one casting a its long shadow over your backyard.

History has a lesson for us here too. Time has tempered hostility to London buildings that have broken height barriers in the past, from St Paul’s in the early 18thcentury to the Post Office Tower—now the BT Tower—in the mid-1960s. The same thing seems to be happening with the Shard. Walk south from Mount Pleasant down Farringdon Road and the skyline twinning of Christopher Wren’s dome and Renzo Piano’s spire really is a bit divine. That said, will future generations ever gaze up at the Walkie-Talkie and experience a sense of the sublime?

Today’s arguments about height are an aspect of a wider one about the built environment in London that also takes in character, heritage, housing costs, the preservation of state-owned assets—both buildings and land—and density levels more generally. Battles between conservationists and developers are very far from new to London, but they have lately risen in intensity and become increasingly politicised: Outer London Tories warn that Sadiq Khan wants to put condominiums in Havering’s back gardens; inner London activists campaign against “luxury flats,” even though often permitted by Labour councils as a means of generating more “affordable” ones at a time when everyone agrees the capital’s housing shortage is acute. Many Londoners, perhaps including planners and architects, are troubled by the pace and type of change taking place and feeling we lack control over what goes on.

That cannot be ignored though, again, it’s nothing new. One of the most famous tales of London politics, property and power is about how Joe Levy—bookmaker’s son, Blitz fire fighter and self-made post-war tycoon—got to build the Euston Tower. Levy once told it himself to Oliver Marriott, the then Financial Editor of the Times. In his book The Property Boom, published in 1967, Marriott describes visiting Levy in his office in Haymarket where the “small, jovial man” delightedly displayed how with a flick of a switch on his desk a pair of decorative alcoves rotated to reveal a miniature cocktail bar and a television set, on which Levy could watch his racehorses perform.

Levy related his dealings with the London County Council, which had told him that a one-acre site at the southern end of Stanhope Street, NW1 could not be developed because they needed it for widening Euston Road. Alas, the Council had forgotten that four years earlier it had granted Levy permission to build an office block there and could be looking at £1m in compensation if it used compulsory purchase powers to take the land. They ended up doing a deal—the first of many. The Tower and the Euston Underpass are its enduring and most conspicuous results.

But that was just the flashiest passage of a much longer and slower narrative. Between 1956 and 1960, Levy and his business partner had quietly purchased over 300 individual sites in the area between Hampstead Road and Osnaburgh Street—shops, houses, little factories, many of them tumbledown—covering some 13 acres, keeping their master plan concealed for fear of sellers getting wise and pushing up their asking price. Not until 1964 did Londoners learn that Levy’s company was the tip of an iceberg of connected firms that had, unnoticed, assembled the site that would host not just the Euston Tower but a whole Euston Centre too, a development theEvening Standard said amounted to “a miniature New Town.”

When we think of emblematic London buildings and streetscapes—parts of the capital’s built environment seen as symbolic of its identity, its character, its DNA—most of us don’t think of the Euston Road. But if in search of the city’s impossibly hybrid architectural make-up and how it has come about, that choked motor thoroughfare is an instructive place to start. It is an historically chaotic clamour of the speculative, the commercial, the municipal, the residential, three of London’s most famous railway stations—Euston, St Pancras and King’s Cross, each of them subject to revision, refurbishment and debate about the need for them, and the red brick behemoth that is the British Library. To the south, Bloomsbury’s Georgian elegance rolls out. To the north, at the Pentonville end, the King’s Cross redevelopment scheme stands as a case study of a major modern regeneration done pretty well.

This story of so many strands shows that the web of relationships between Londoners and the buildings we encounter and inhabit is defined by another complex weave stretching back in time, one composed of public bodies, private interests, design visionaries and social idealists, all of them jostling to make their mark in bricks, mortar, steel and glass for two centuries and more. Much of what now stands is the product of combinations of competition and compromise, enterprise and regulation, demolition and renewal—the Euston Centre itself, including the original Tower, has since been refashioned as Regent’s Place.

It all underlines that much of London’s architectural environment emerges from a context of conflict, be that in the extreme form of the war damage that left so much of the city wrecked or those ongoing wrangles between different parties over its spatial development, with their differing definitions of what is best for the city and its people.

The recriminations and soul-searching that have followed the horrors of Grenfell might add a potent new dimension.

For some time now, the bigger picture has been moving. London’s current political climate has become less conducive to getting new stuff built. This was manifest in small but significant recent election results: a Labour councillor returned for the first time ever in Westminster’s West End ward, helped by local concerns about overdevelopment; five Green Party members taking seats in Lambeth, where opposition to housing estate demolitions has been energetic and well-publicised. But London politicians and planners have for some time encountered strengthening resistance to new building, be that from ideologues, Nimbys or preservationists with firm ideas about what constitutes good taste.

London is growing very fast. And if it is to grow well, building the homes, shops, offices and other workspaces it needs, the case for those things will have to be made more persuasively. Architecture has a vital part to play in this, by helping to demonstrate that higher densities need not mean lower standards or quality of life, that the new really can be an improvement on the old, and that local people, including those most directly affected by change, can play fulfilling parts in shaping it. London’s architecture has always been partly the product of the crucible where London’s many personalities meet, but it can be a crucial influencer too—a force for good in the unending evolution of London’s elusive identity.