The Identity of the River 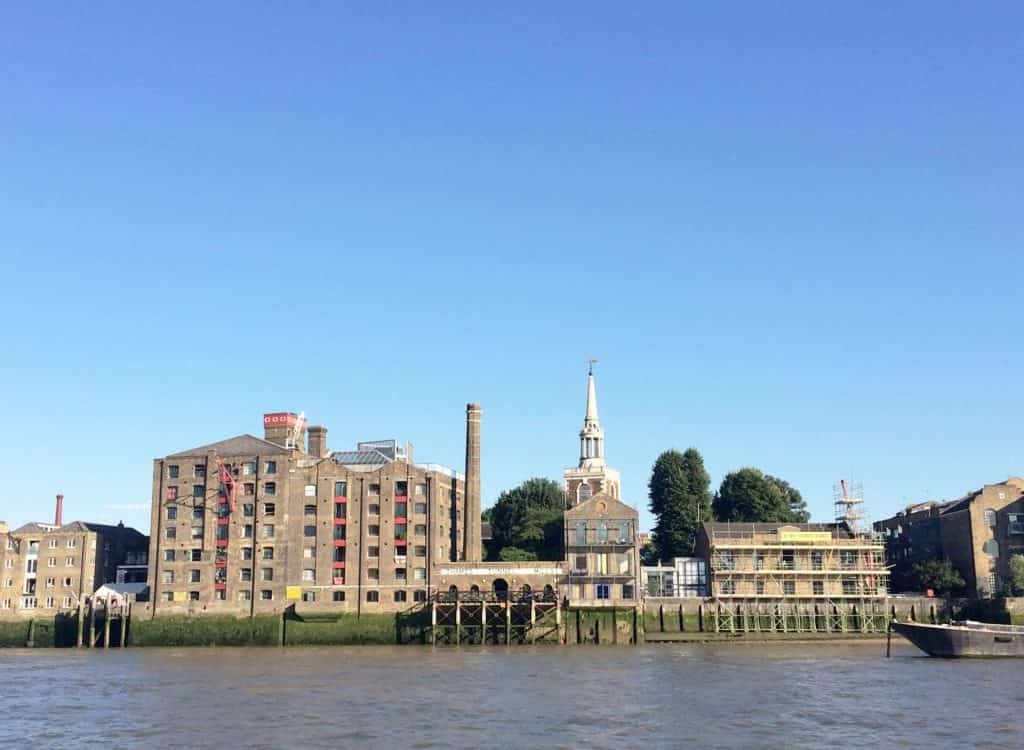 As the Thames flows through the heart of the city, it takes with it decades of architectural history and industrial heritage. Whilst once acting as London’s superhighway for coal and power, it now exists as a pathway for development, infrastructure and culture. A closing event for this year’s LFA was an architectural boat cruise along the Thames hosted by Simpson Haugh. The aim, to uncover and explore the connections between the city and its iconic river.
Boarding the mighty Jupiter Clipper, we cruised through London’s docklands where the landscape changed rapidly from post-industrial ruins to modern masterpieces to future skyline shapers. The winding meanderings of the river highlighted the volume of contextual contradictions dotted along the banks. The final destination, the monolithic Battersea Power Station. Moving from land to sea, discussions shifted onto the cultural identity of the river and the impact of current riverside developments on the wider cityscape.

WilkinsonEyre Director Sebastian Ricard shared his thoughts on Battersea Power Station, where we are working on developments of Phase 2. As a key part of London’s skyline, the space has posed a huge test for developers and designers alike.

During the early 20th century when power production was as its peak, the station was generating twenty percent of London’s electricity supply, until it ceased altogether in 1983. The challenge for WilkinsonEyre has been to bring the Power Station back to the river while respecting its industrial heritage. Original features of the building, the iconic chimneys and complex brickwork have been sensitively and painstakingly restored, reviving its architectural identity. More widely, the building’s public spaces have been reopened for the first time in over 50 years, further adding to the urban grain of Wandsworth. When complete, the development will provide a new narrative for a section of the river left unoccupied for years.

Throughout the evening, debate moved away from development and towards the burgeoning cultural potential of the river. Sarah Gaventa, Director of the Illuminated River project argued that ‘while the Thames is London’s largest open space, we have very little access to it’. At points the river banks can be uninviting places to be, especially at night. Introducing cultural capital to the banks of the Thames aims to increase public space and reverse current disconnects between land and water.

We ended discussions with Publica’s Victoria Wagner. She argued that while the river was once industrial, we should now view it as a shared and communal cultural space. There has been a huge amount of growth along the Thames at an unprecedented scale, marking this as a critical moment for the river’s social and political history. While integrating physical infrastructure, social infrastructure should be as important in bringing about positive changes.
The event was both enlightening and insightful, offering key lines of debate on the status of London’s Thames. With ambitions and opinions on how we should be using the river differing widely, we need visionary and collaborative planning to allow the Thames to reach its full potential.