In June 2018, the British Council launched an open call inviting architects, artists and designers to submit proposals for public space interventions that could reinvigorate urban areas within the city of Caracas, Venezuela.

The aim of the project was to explore ideas that improve the quality of life of local people, regaining the feeling of ownership over their city and promoting a responsible use of public spaces to make a safer city. The winning proposal was Will Sandy Design Studio's Catalyst Cube – a reconfigurable social, cultural and educational space that acts as a focal point where different communities meet.

The first Catalyst Cube prototype launched in November 2019 – known locally as the ‘Cubo de Caracas’ – has played host to a programme of cultural activations and engagements. These include theatre, puppet shows, live music, education sessions, public speaking, exhibitions and 3D video mapping. It also hosted activities for the Day of People with Disabilities and other seasonal activities over the festive period. The local municipality have taken ownership of the Cube, curating the space with the wider community. Proposals started to come in from day one, with ideas from illustration workshops, stand-up comedy and performances to public lectures and film projections. Conversations with a number of communities interested in hosting the Cube in future locations throughout the coming year have been taking place. 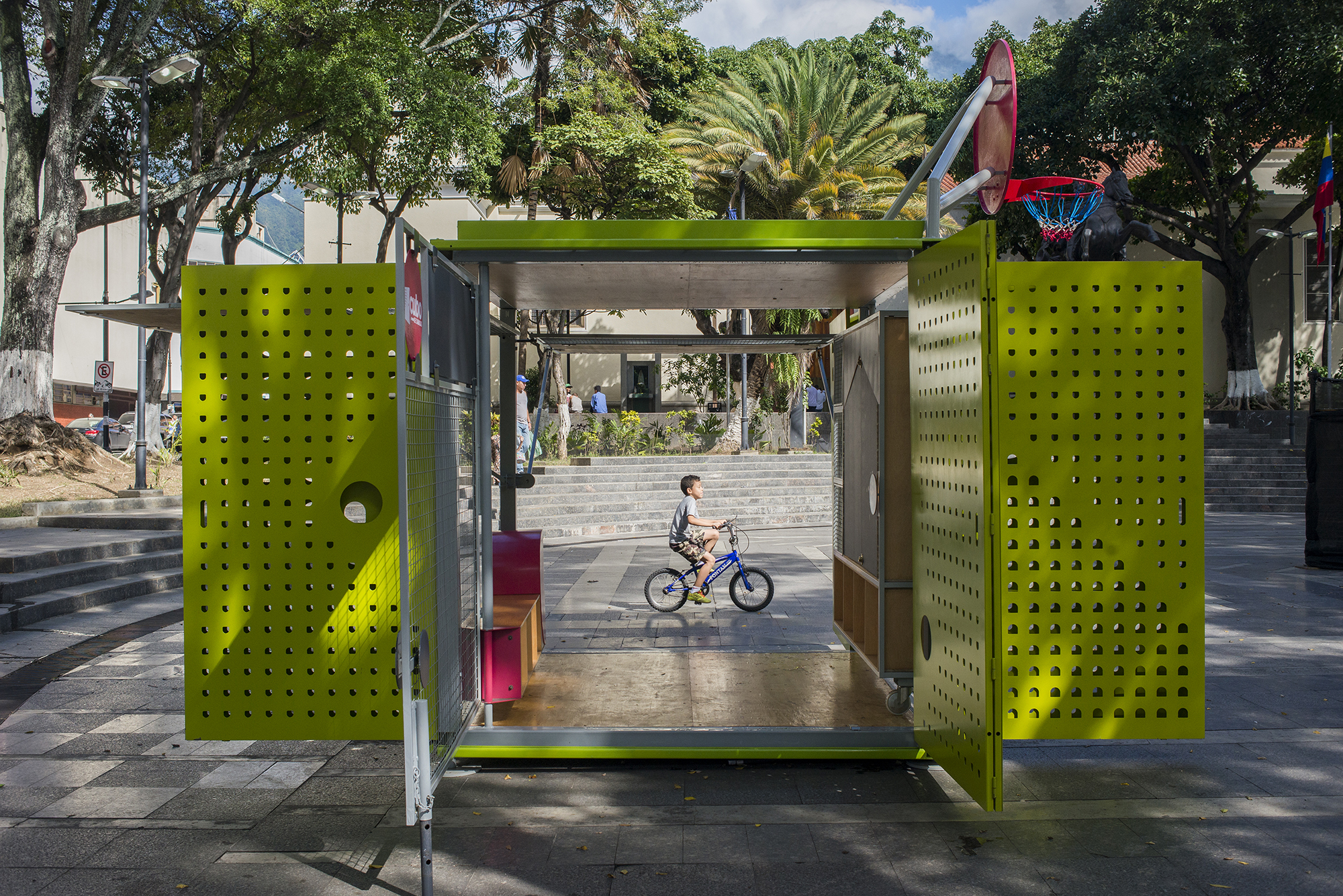