A free display at Dulwich Picture Gallery from 5 June – 22 July 2018 will invite visitors to have their say on the six shortlisted designs for the second Dulwich Pavilion: a temporary outdoor structure which will be open to the public throughout summer 2019 and the result of a design competition organised by the London Festival of Architecture in partnership with Dulwich Picture Gallery.

Models and visualisations by the six emerging architecture practices – who have been shortlisted by a judging panel of industry experts – will be displayed at the Gallery in full view of Sir John Soane’s architectural masterpiece. Visitors are invited to explore the concepts and vote for their favourite design throughout June. The public vote will then be combined with the panel’s votes to select the winning design.

The six shortlisted practices and teams are: 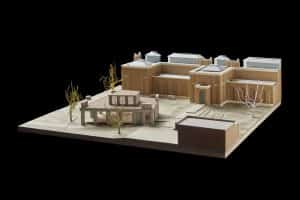 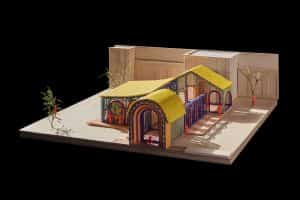 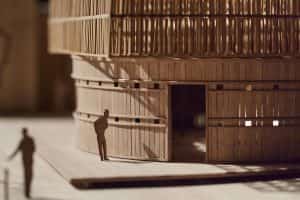 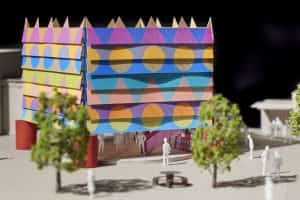 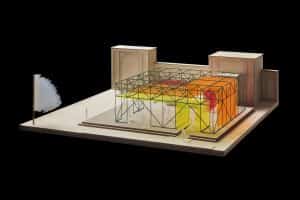 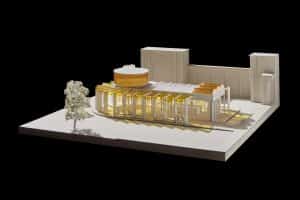 Over 150 practices entered the Dulwich Pavilion competition, which is being judged by a panel of leading architectural and cultural figures including Tom Dyckhoff (writer and broadcaster), Mary Duggan (founder, Mary Duggan Architects) and Oliver Wainwright (architecture correspondent, The Guardian).

The project builds on the success of the first ever Dulwich Pavilion – After Image by Bermondsey-based practice IF_DO – which was one of the triumphs of the London Festival of Architecture in 2017 and the Gallery’s bicentenary year. As well as helping the Gallery to overcome constraints for learning activities, attract new audiences and broaden its appeal to a wider demographic, the pavilion achieved critical acclaim and won multiple awards. The project was transformational for the Gallery as well as IF_DO: their first competition win resulted in global exposure, leading to a series of exciting new commissions that have enabled the practice to triple in size.

‘The Dulwich Pavilion was one of the triumphs of the London Festival of Architecture in 2017 and I’m delighted it will be back for a second edition. The display of shortlisted models during this year’s festival is a fantastic opportunity for people to encounter London’s diverse emerging architectural talent, and to have their say on what should grace the Gallery’s lawns in 2019.”

“As the world’s first gallery that was built specifically to bring art to the public, it is hugely important to us that our visitors have a say in our 2019 Pavilion. Even Sir John Soane presented eight designs for the Gallery before winning agreement on the final building! We are thrilled to have such a wide range of inspiring architects in the running, each bringing a unique take on the brief.”