The LFA and The Royal Docks Team have announced ‘Pews & Perches’ – a design competition that will see an assortment of public benches put in place across the Royal Docks this autumn, as the latest instalment in the Festival’s ambitious competitions programme.

Architecture and design students, recent graduates and emerging practitioners are invited to submit a design proposal for a bench, which can offer a fun and creative place to sit, rest and play. Underpinning the Festival’s mission to support emerging voices across the profession, this one of a kind project seeks to showcase architectural and design talent to hundreds of thousands of people over the course of the next year, transforming the public realm of the Royal Docks from a fresh perspective. 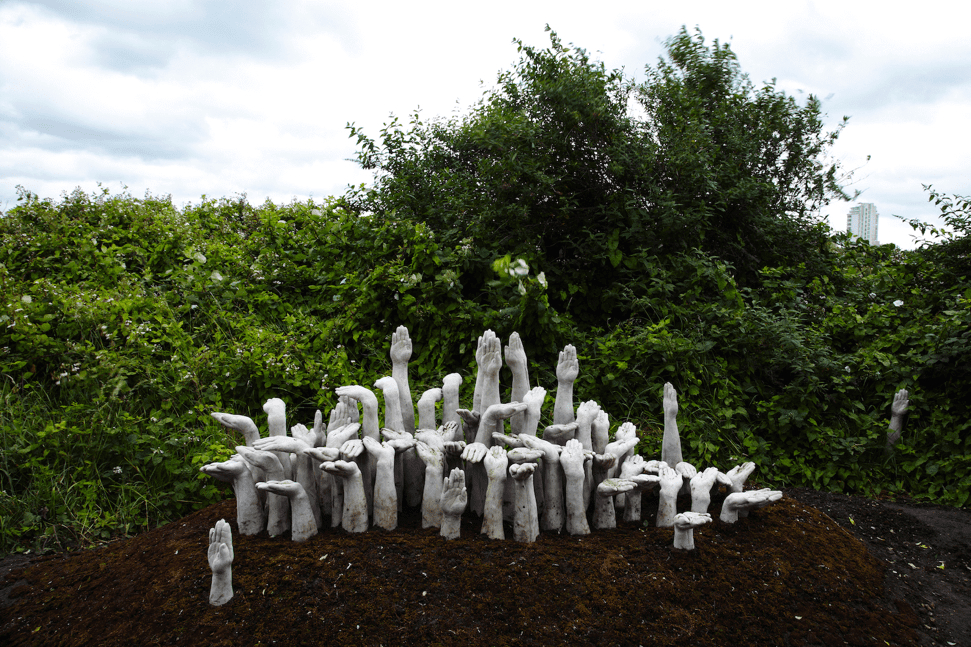 Once London’s gateway to world trade, today the Royal Docks is one of the UK’s most important regeneration stories, re-emerging as a commercial and cultural hub of global significance. In celebration of the area’s new development, heritage and open spaces, the project will see the benches sit along the area’s exciting new waterfront, incorporating elements of surprise and play to encourage visitors to the Royal Docks during the London Festival of Architecture and beyond, to enjoy and take note of their surroundings.

The competition entries will be judged by an expert panel comprising:

The project builds upon the ‘Pews & Perches’ competition, which was run by RIBA London for the London Festival of Architecture 2012 and delivered a series of public benches at waterside locations around the Royal Docks. For one of the winners of this competition and designer of Zombie Bench, George King, the opportunity was a breakthrough moment for him as an architect. He explains:

“Zombie Bench was my first competition win and was the perfect opportunity to design something on a scale that was fun and experimental, yet buildable and functional. It allowed me to think about the qualities I am interested in as an architect and distil them into a small object which still provokes debate to this day.”

More recently, the competition also follows the immense success of the City Benches project, run in collaboration with the City of London Corporation and Cheapside Business Alliance. Launched for the first time two years ago, the first series of public benches were enjoyed by hundreds of thousands of people during the LFA in June 2018 before the competition was relaunched this year, featuring a new series of much-loved designs. The hugely popular installations championed fresh design talent and celebrated a new perspective on enlivening Cheapside’s urban environment.

Interested applicants are invited to submit their proposal by midday on Monday 2 September 2019.

Full details can be found in the competition brief here.

Submissions must be made via the link below.