The London Festival of Architecture (LFA) and The Royal Docks Team (RDT), in partnership with Newham Regeneration, have announced the five teams to participate in a design charrette, centred around improving connections between Custom House and Royal Victoria in the Royal Docks. 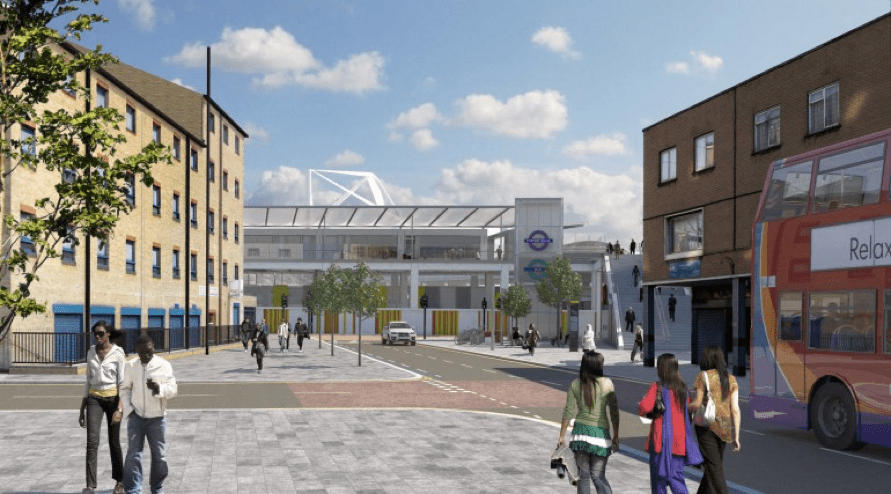 The charrette is driven by plans announced by the Mayor of London, Sadiq Khan, and Mayor of Newham, Rokhsana Fiaz, to revive and transform the Royal Docks into a world-class commercial and cultural destination through a £314 million regeneration programme over the next 5 years. The charrette brings architects and designers together with local community representatives, businesses and other stakeholders in the Royal Docks to inform a vision and strategy for the area that will better serve local communities and businesses, attract visitors and further investment.

A key question will be how the arrival of the Elizabeth Line at Custom House can drive regeneration and improve connections across the Royal Docks, while integrating existing communities and reflecting the area’s rich social and cultural heritage. As the London Festival of Architecture explores the theme of ‘boundaries’ in 2019, the charrette will consider what boundaries – visible and invisible – need to be overcome for the Royal Docks area to realise its full potential.

An open call in September 2018 attracted 31 expressions of interest. The LFA and Royal Docks Team were impressed by the range of disciplines, the inventive approach taken, and the initial thoughts that had been reviewed in the shortlisting of submissions at this stage.

The five shortlisted teams are:

The design charrette will take place at ExCeL London over two days and is split into two stages, the first of which will be held on Wednesday 28 November. Both sessions will be led by a specialist facilitator, Daisy Froud. As a strategist with 18 years of experience of community engagement and participatory design, Daisy devises tools and processes that enable diverse voices to meaningfully contribute to design decision-making, and shape the future of places and spaces in imaginative and equitable ways.

In December, the consultant teams will then return to present their design solutions that can encourage debate, progress local engagement, and have a positive influence on the future direction of the area. These final proposals will then be judged by a critic’s review panel of local stakeholders, landowners, and community members with expert knowledge and experience.

“In the coming years the Royal Docks will be transformed thanks to millions of pounds of new investment, alongside new links thanks to the arrival of the Elizabeth Line. The Royal Docks charrette is an opportunity to bring exceptional architectural and design talent alongside local residents, businesses and decision makers to make the most of the exciting changes now taking place. It’s a brilliant opportunity to bring people together to think about how best to improve connections and opportunities for everyone living and working in the Royal Docks, and to break down the boundaries that have limited opportunities and kept communities apart for too long.”

“The Royal Docks is set to become an important new district of London, with the potential to generate 35,000 jobs, 4,000 new homes and attract more than £5 billion investment over the next 20 years. Our partnership with the Mayor of Newham and the LFA means we can put the objectives of Sadiq’s Good Growth agenda at the very heart of the regeneration of the Royal Docks. I look forward to seeing what London’s world-leading architects and designers have to offer in developing the vision for the area.”

“It’s important that residents are part of the plans to unlock the full potential of the Royal Docks, which are going through a renaissance and once again will become London’s new gateway to the world. Newham is a vibrant place that offers a home to British companies and others from around the world. The priority is ensuring local people are at the heart of all the developments under way, reaping the benefits of new jobs and career opportunities, better transport links and genuinely affordable homes.”