An ‘architectural painting’ by award-winning artist Wolfgang Buttress has won the River View design competition to create a major new artwork next to the Thames. 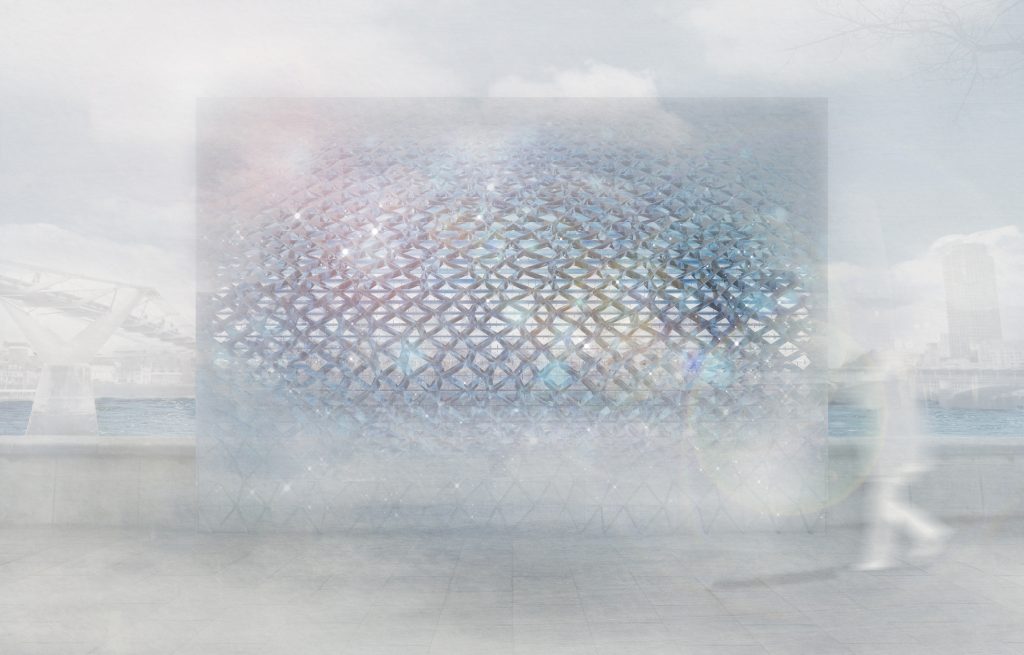 The City of London Corporation commissioned the London Festival of Architecture to run the competition as part its forthcoming outdoor arts programme, Fantastic Feats: the Building of London.

Subject to planning consent, the sculpture will be enjoyed by a huge public audience when installed in June, complementing two of London’s most exciting events: the London Festival of Architecture and the Illuminated River project.

Liminal will be a fascinating and engaging installation that will encourage greater public interaction with the River Thames, seen by many as London’s biggest physical boundary. The artwork will also blur boundaries between 2D, 3D and 4D through a variety of mirror, bright, satin and matt aluminium panels that focus and alter viewers’ perception an experience of the river.

As well as the 4.5 metre-high sculpture on the north bank of the Thames opposite Tate Modern, a live data feed from an underwater sonar will capture the life and flow of the river, which will be sent to an app that expresses the life of the Thames through sound and light.

The River View commission complements the Illuminated River project, a free public art work on an unprecedented scale which will eventually see up to 15 bridges across the Thames illuminated by artist, Leo Villareal. Fantastic Feats: the Building of London, theCity of London Corporation’s six-month programme of public events (31 May – 1 December), includes River View in its celebration of London’s long-standing history of architectural and engineering firsts, which will examine how these innovations have contributed to improving the lives of Londoners over the centuries. 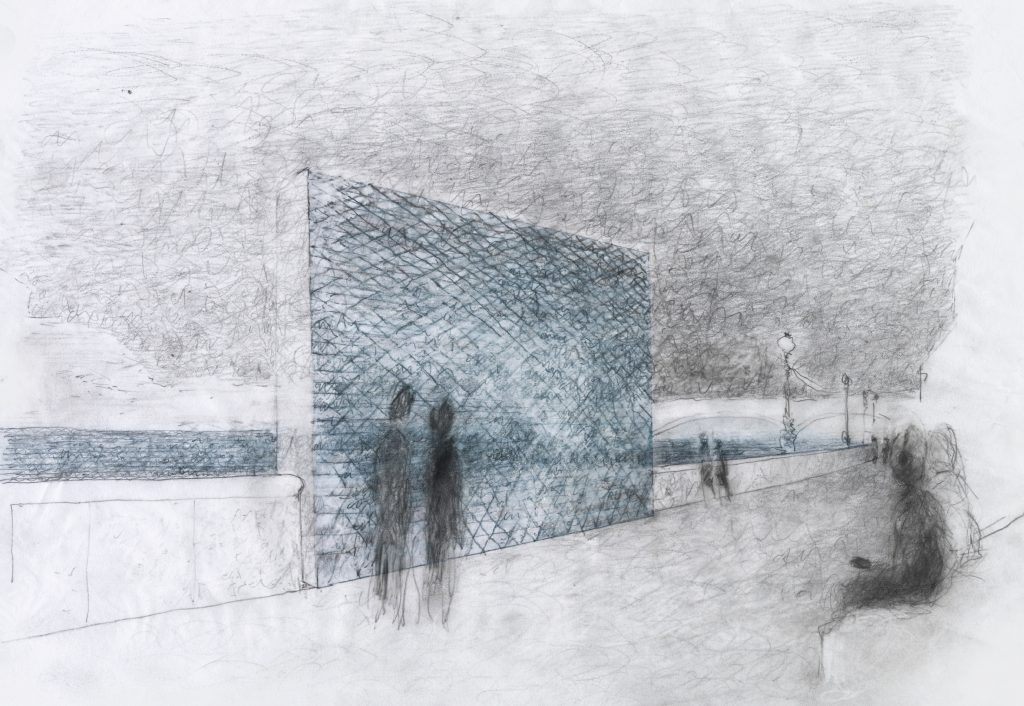 “I am excited to be working on this project. Liminal is both a conduit and a space; I am creating an architectural painting which will connect the audience to the elusive mystery, power and pull of the river Thames.”

“My colleagues and I are very happy to send our congratulations to Wolfgang Buttress on winning the River View design competition, and we look forward to seeing Liminal installed in its chosen location alongside the Thames. His unique vision clearly piqued the judges’ interest and I feel sure that, as combined elements, the sight of the sculpture and the sounds of the sonar will intrigue the many millions of people who pass by this engaging art work.”

“At the London Festival of Architecture we are thrilled to be working alongside Wolfgang Buttress – an internationally renowned artist whose work offers a fascinating and immersive exploration of our boundaries theme, and an imaginative installation that will draw people closer to the mysterious River Thames.”

The City of London Corporation is the fourth largest funder of heritage and cultural activities in the UK and invests over £100m everyyear.

The City of London Corporation – together with the Barbican, Guildhall School of Music & Drama, London Symphony Orchestra and the Museum of London – is leading the development of Culture Mile between Farringdon and Moorgate, a multi-million-pound investment which will create a new cultural and creative destination for London over the next 10 to 15 years. This includes £110m funding to support the Museum of London’s move to West Smithfield and £4.9m for a detailed business case and next stage development, fundraising, and design work for the proposed Centre for Music.