Join us for a guided tour of 55 Broadway.

Located in the heart of historic Westminster, 55 Broadway was designed by Charles Holden and built in an art-deco, early-modernist style as the headquarters of the Underground Electric Railways of London Ltd.

At its opening in 1929, the Observer dubbed it ‘the Cathedral of Modernity’ and it was awarded the RIBA London Architecture Medal the same year. London’s ‘first skyscraper’ received Grade I listed status in 2011 (upgraded from Grade II listing in 1970).

Integrity International Group purchased the building in 2019 with the intention of becoming the new long-term custodians of 55 Broadway; sensitively restoring the building and opening it up to the public through its conversion to a high-quality hotel, making a positive contribution to the local community and protecting the future of 55 Broadway.

This tour offers the unique opportunity to explore Transport for London’s former Headquarters and learn more about the architectural history while looking forward to the future as the building prepares to enter a new stage of its life. 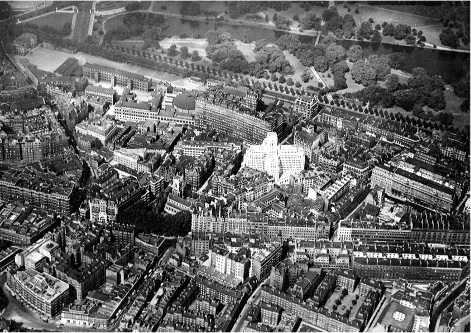 The main entrance to the building is opposite Caffe Grana

Join us for a guided tour of 55 Broadway. Located in the heart of historic Westminster, 55 Broadway was designed…