As part of this year’s London Festival of Architecture Sid Motion Gallery is hosting a solo-exhibition by contemporary artist Steffi Klenz. Klenz is based in London and mainly works with photography, video and installation. Her practice has been consistently preoccupied with the built environment, critically exploring the notion of place and spatiality.

Concrete Thinking presents two new bodies of work by Klenz: Tensed Muscles and A Scholar’s Rock. During 2019/2020 Klenz spent time at the Maiden Lane Estate in Camden, talking with residents and immersing herself in the architecture of the space. Maiden Lane Estate, designed by architects Benson and Forsyth, was a visionary, social housing modernist scheme which included plans for 400 new homes, shops, sports facilities, a community centre, a primary school and open spaces.

Due to financial pressures in the late 1970s the plans were not fully realised, resulting in a split site and years of practical and social challenges. Tensed Muscles explore the relationship between the architectural promise of modernist living; of equality and opportunity, and the reality of living in Maiden Lane in the 40 years since the estate’s inception.

A Scholar’s Rock explores The Barcelona Pavilion, designed by Ludwig Mies van der Rohe in 1929. In Klenz’ representation of the pavilion, the building is represented as an open-ended form in a state of perpetual becoming. The hard edges of the architectural structure fade into gradations of light: asymmetry and delicately broken horizons offer a different idea to the inflexible grid like structure and perfect order of the building itself. 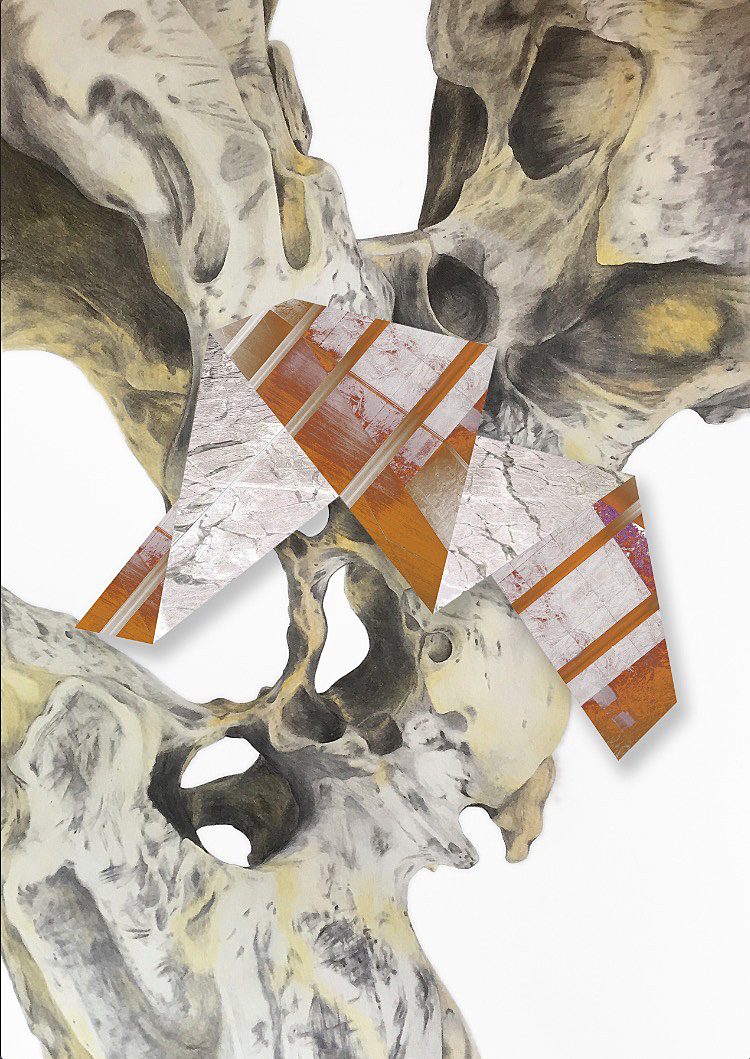