The Lebanese House: saving a home; saving a city is an installation by French-Lebanese architect Annabel Karim Kassar and her studio AKK staged at the V&A Museum. At its heart is a four-metre-high recreation of the façade of a nineteenth-century home in Beirut, Lebanon, which AKK has recently restored and conserved. In the 2020 Beirut port explosion, thousands of buildings were destroyed or severely damaged, including many of historical significance. In this installation, the recreation of a triple-arched window typical of a late Ottoman Empire house highlights the craft skills used in the original creation and current preservation of these vulnerable historic buildings. You can contemplate the façade while relaxing on a divan evoking the traditional salon in the entrance hall of a Lebanese residence, then take a seat in the mini auditorium to watch a series of specially commissioned films delving deeper into the physical and social effects of the 2020 explosion on Beirut’s buildings and inhabitants, and the subsequent process of rebuilding. 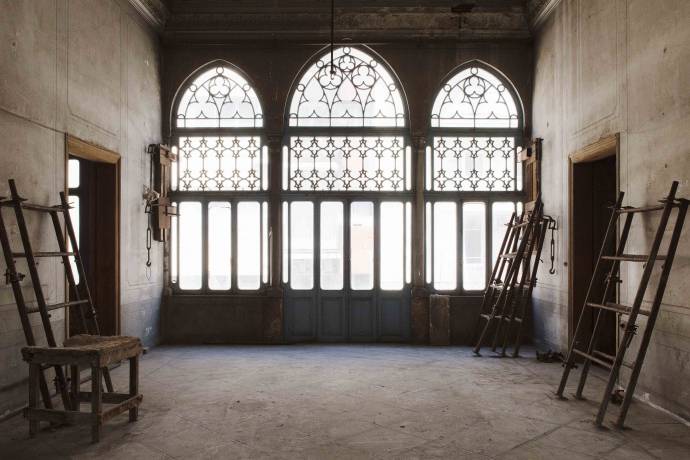