The London Festival of Architecture and Cheapside Business Alliance have announced the five design teams chosen to create a series of one-off public benches during the London Festival of Architecture in June. The project will showcase emerging design talent and offer imaginative places for people to rest amidst the bustle of their city surroundings, while promoting the Cheapside district of the City of London as a great place to live, work and visit. Following on from the hugely popular series of benches installed across Cheapside and the City of London as part of the London Festival of Architecture 2018, this year’s competition attracted an impressive 85 proposals from architecture and design students, recent graduates and emerging practices. Each team was selected for their ability to bring a fresh perspective on enlivening Cheapside’s urban environment, with a vision for public furniture fit for a festival. The five winning teams are:   Anna Janiak Studio 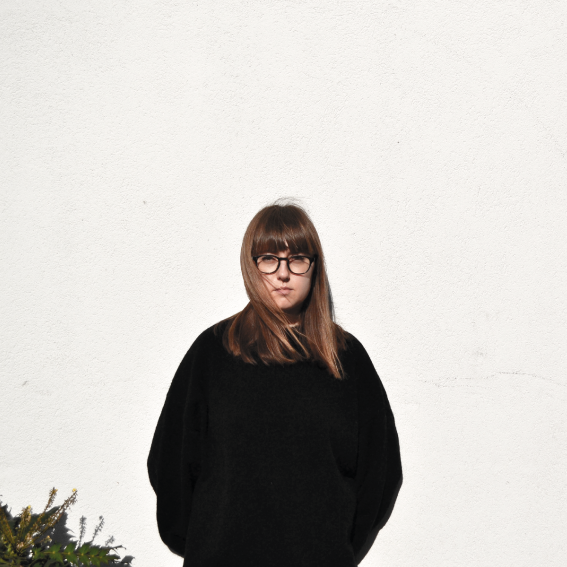 Anna Janiak Studio is a London based architecture and design studio. The practice was established in early 2019 by Anna Janiak, with a design emphasis on small scale projects, use of digital fabrication, craftsmanship and strong narrative. By using her knowledge and experience of working with fabricators, foundries and artisans todesign and deliver unique parts of the buildings, Anna helps likeminded clients create unique pieces of design.   Delve Architects 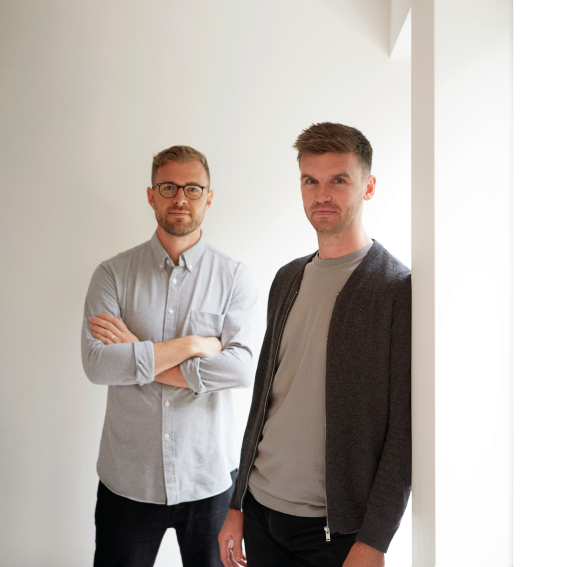 Delve is an architecture and design practice based in south London, set up in 2018 by Alex Raher and Edward Martin. Delve stands for exploring; designing and creating spaces that have a positive impact on how we live and work.     Sarah Emily Porter in collaboration with James Trundle 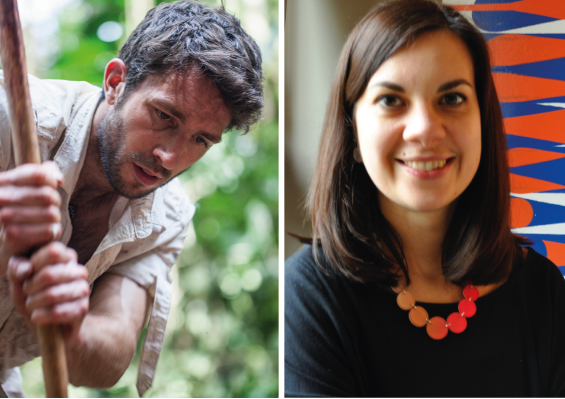 Sarah Emily Porter and James Trundle live and work in London. Since 2014 they have discussed their own artistic practices as part of a collective with potential for collaborations. They worked together for the first time in 2018 when James fabricated Sarah’s award winning sculpture, ‘Anatomy of Colour’ which won the Judge’s Prize in the Broomhill National Sculpture Prize 2018. Together they form a well-balanced duo, presenting the perfect fusion of colour, form and craftsmanship.   ASTRAIN STUDIO 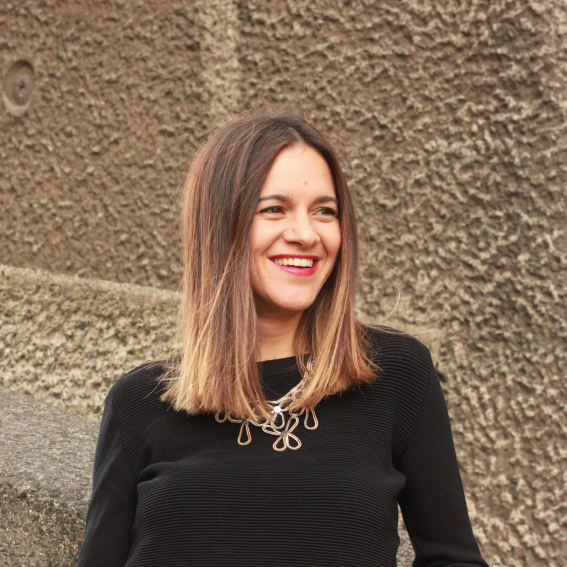 Operating in the worlds of architecture, design and academia, Astrain Studio was founded in 2016 by architect Irene Astrain after working for exceptional award-winning architecture practices. Through a collaborative and rigorous design process, the practice is dedicated to delivering deeply contextual projects celebrating a contagious sense of joyful elegance.     Armor Gutiérrez Rivas 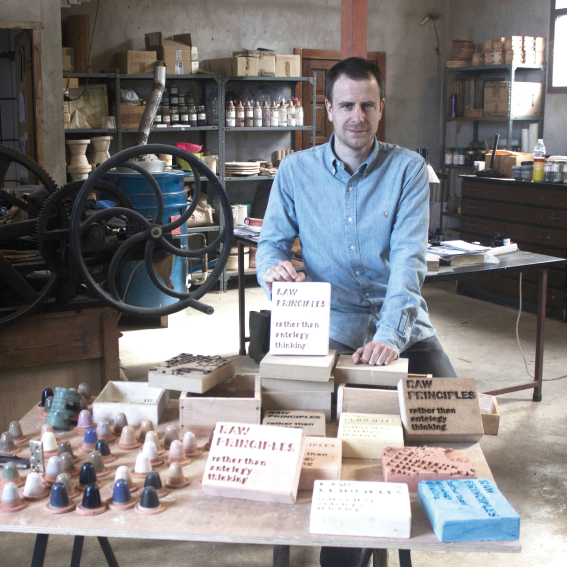 Armor is an architect and researcher, interested in how new making processes are shaping the built environment. In 2010 he founded Atelier La Juntana, an architecture and design workshop focusing on the manufacture of innovative prototypes and art installations which explore the boundary between traditional craft and digital design. Since 2017 he runs a Master in Architecture design studio at the University of East London in parallel with his work as Associate Principal at Kohn Pedersen Fox London. Cheapside – one of the main thoroughfares in the City – is one of the busiest streets in London. The City Benches project aims to demonstrate that simple interventions such as a public bench can have a hugely positive impact on people’s experiences of the city, reclaiming part of the streetscape and giving them a place and space to rest, socialise or admire the city around them. The competition will also encourage people to enjoy the impressive architecture and lively character of the City of London, while giving a platform for architects and designers that will be seen by hundreds of thousands of people.   As the London Festival of Architecture explores ‘boundaries’ as its theme for 2019, the City Benches project poses important questions about the boundaries between the individual and public realm, and the need to create well-designed space and facilities for pedestrians within the city.   This year, the competition was judged by an expert panel, including:

With the support of the Cheapside Business Alliance, each of the winning teams will be awarded a budget of £800 to create and manufacture their benches, in time for the installation in early June. The final designs will be revealed at the start of the London Festival of Architecture 2019, as a highlight of this year’s programme for the wider public to enjoy.   Tamsie Thomson, director of the London Festival of Architecture said:

“Our City Benches – now in its second year – is an excellent project to support emerging architectural and design talent, and it has been fantastic to see the enthusiasm with which the project has once again been received. We’re very grateful to the Cheapside Business Alliance for making this project happen for another year and for their support of the London Festival of Architecture’s mission to champion and celebrate emerging talent across the capital. We’re now looking forward to seeing how each of the winning team’s bench designs will help bring Cheapside’s public realm to life this June.”

“We are proudly supporting this project once again this year. Cheapside is home to some of the capital’s most iconic architecture, both historic and contemporary, attracting thousands of visitors, workers and design enthusiasts. These benches give our many visitors yet more reason to stay – the perfect spot to soak up the atmosphere in the heart of the City, for a catch up with a friend, or simply to enjoy your view.” 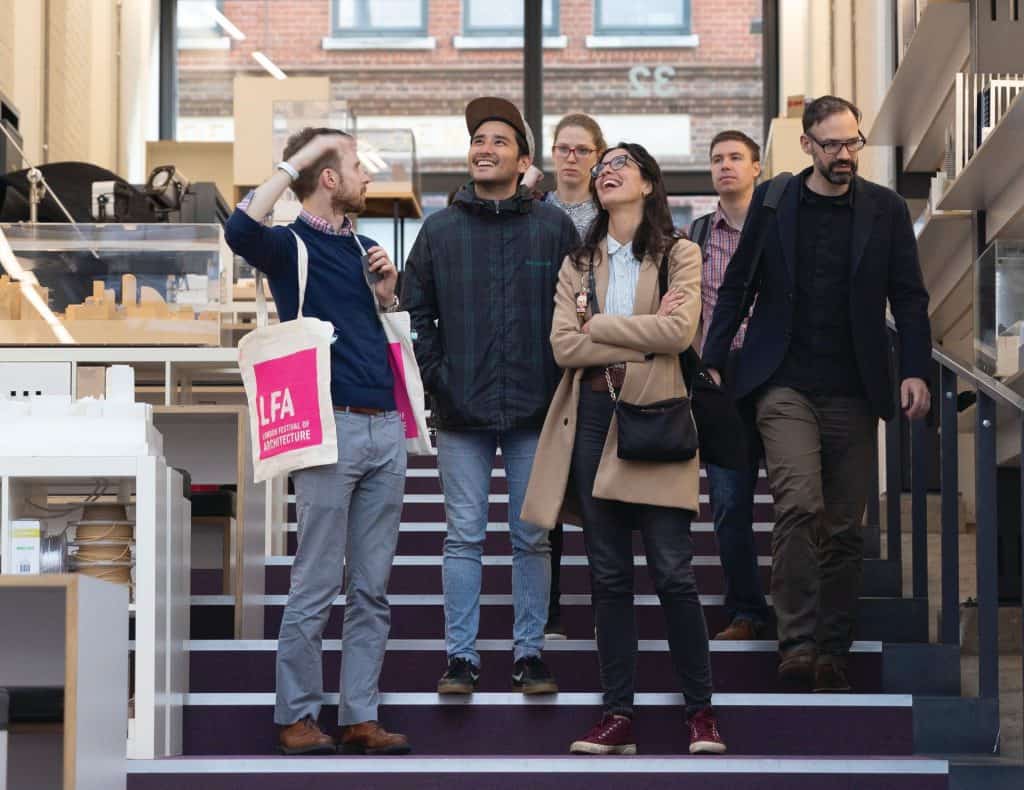 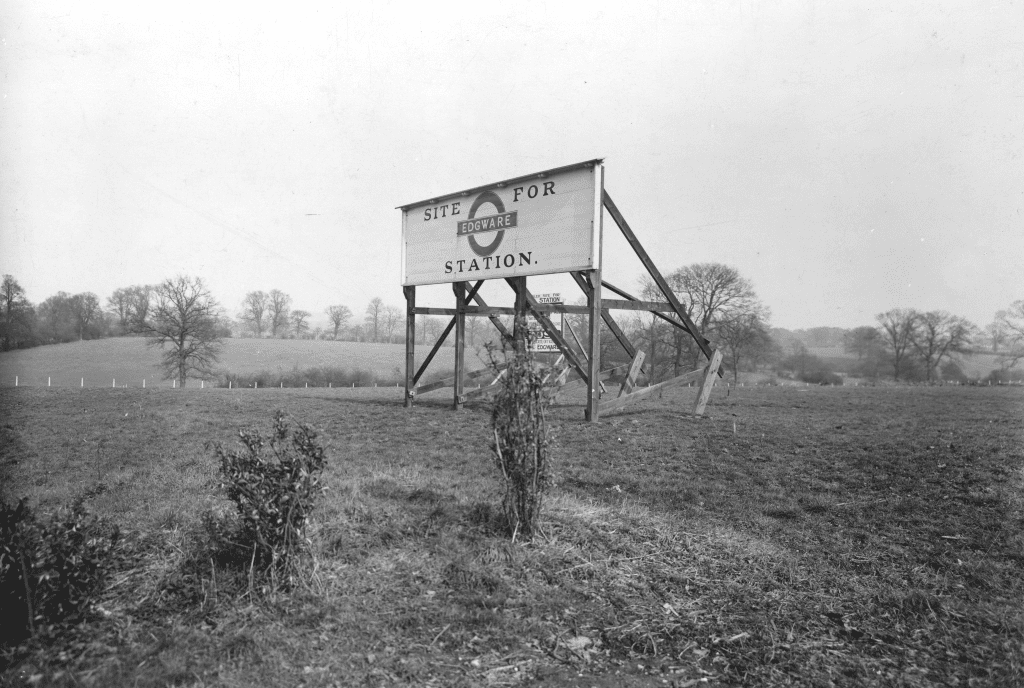 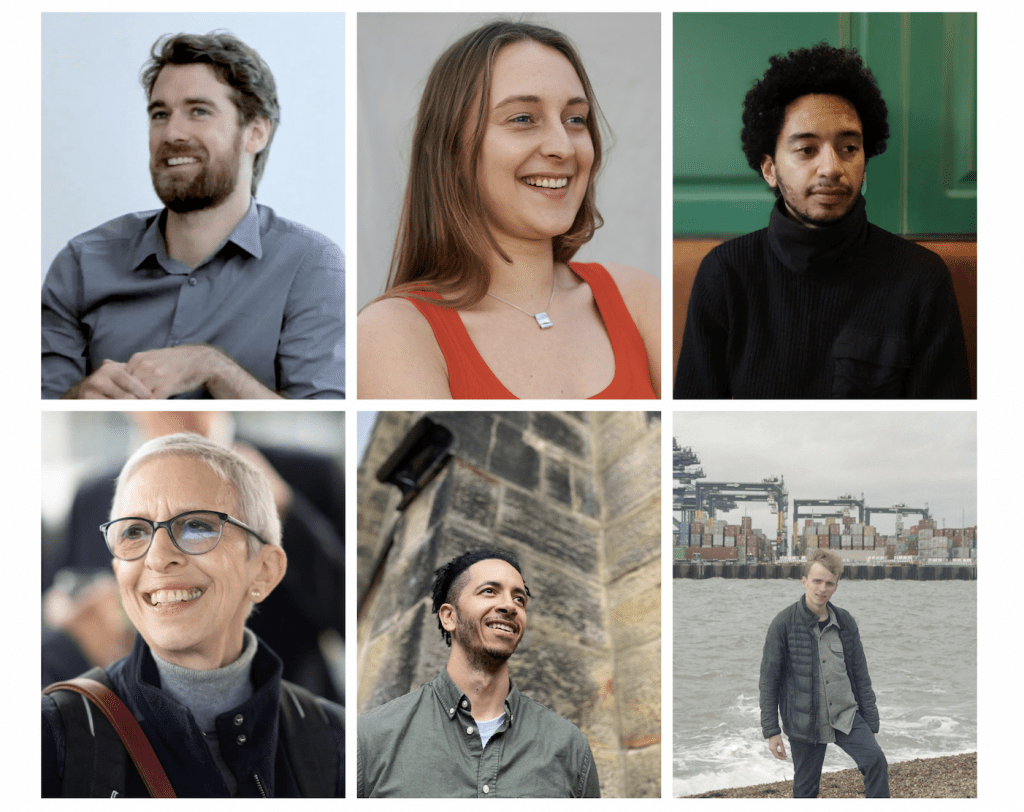 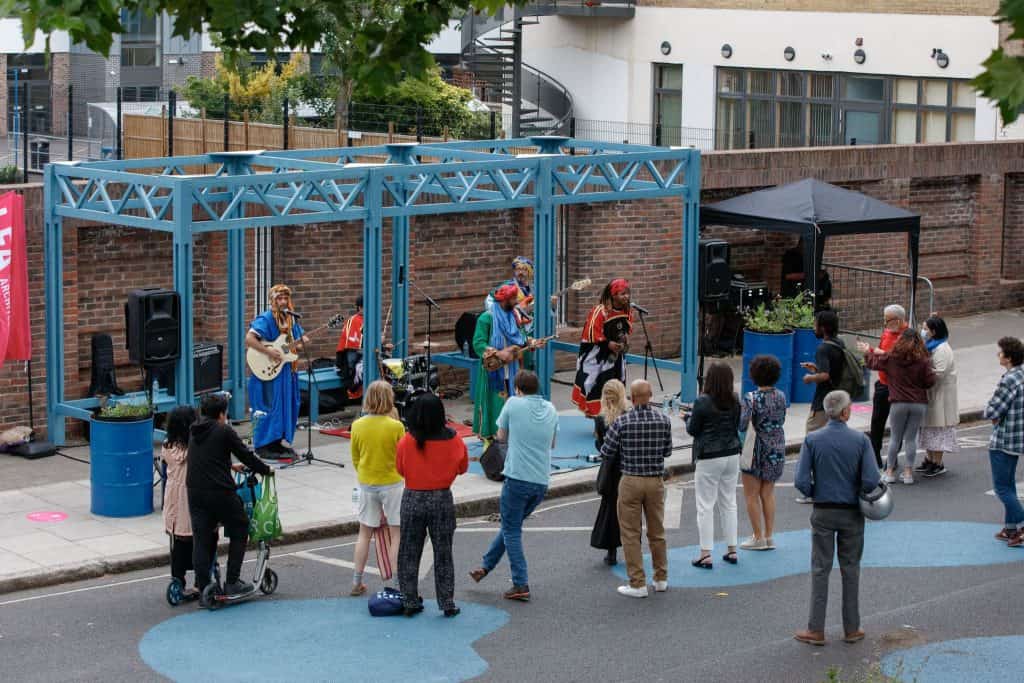 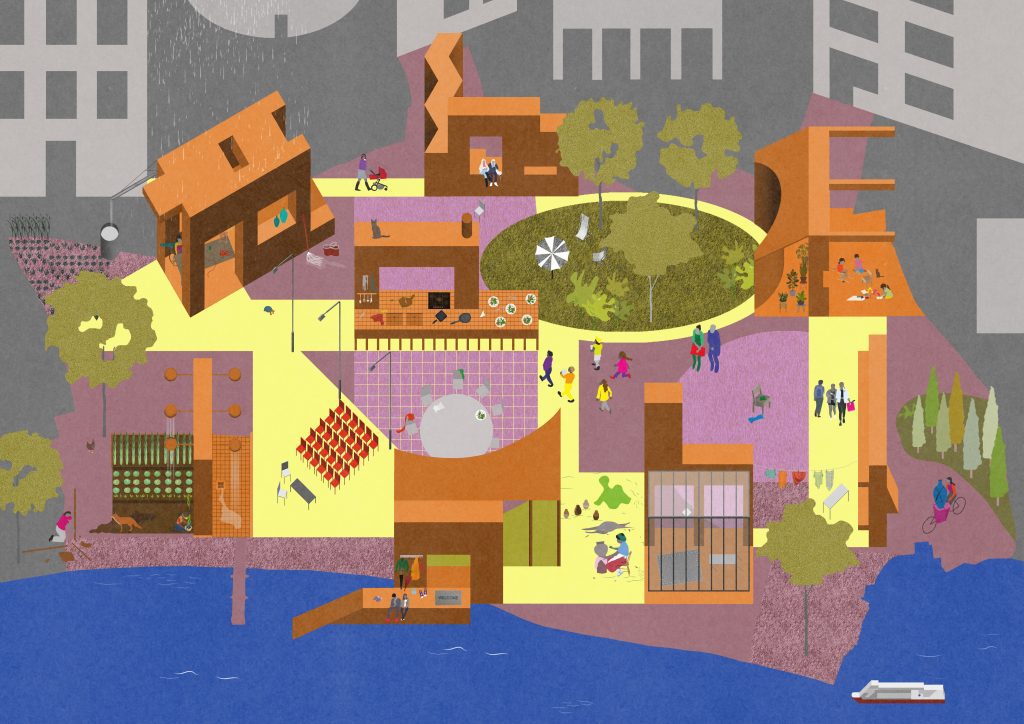