In Autumn 2016 Dulwich Picture Gallery and the London Festival of Architecture launched a competition to design the very first ‘Dulwich Pavilion’ that would host a vibrant programme of public events celebrating the Gallery’s bicentenary year, opening to the public at the beginning of London Festival of Architecture on 1 June 2017. The competition called for emerging architects to create a response to the original Gallery building – an innovative design by Sir John Soane and extended by Rick Mather – and its beautiful garden setting.

The final design was chosen by a panel of judges including owner of the River Café, Ruth Rogers, architect Carl Turner and Dulwich Picture Gallery Director, Ian A C Dejardin. The project was made possible through the generous support of Almacantar. 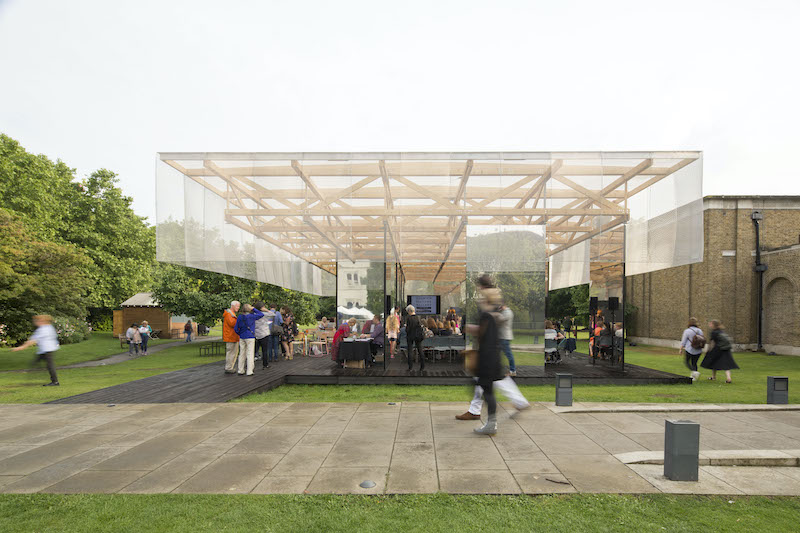 ‘After Image’ responds to the solidity and monolithic nature of Sir John Soane’s gallery building, and the porous, ever-changing nature of the landscape. A series of translucent mirrored screens – some fixed, some moveable – reflect and disrupt the context. The lightweight structure also featured a timber truss roof overlaid with a mesh veil to create a canopy-like environment that enhances the layering of images and the interplay of space, perception and memory.

From 1 June, the pavilion provided a temporary events space and bar for the gallery, allowing for an expansion of its events programme before it closing on 8 October. These events included a series of Friday Lates, with lectures and music, all celebrating the 200 years since the gallery opened its doors as the first public art gallery in the world.

The IF_DO team in front of the pavilion

IF_DO are a young architecture practice based in Camberwell, south London. The practice was established in 2014 by Al Scott, Sarah Castle and Thomas Bryans.

Al Scott, Director at IF_DO said:
“Being selected for the Dulwich Pavilion gives us a really exciting opportunity to create an inspirational structure for the London Festival of Architecture. Blurring the boundary between gallery and landscape, the pavilion creates a heightened sensory experience through a series of unfolding, translucent mirrored screens, inspired by the work of Sir John Soane.” 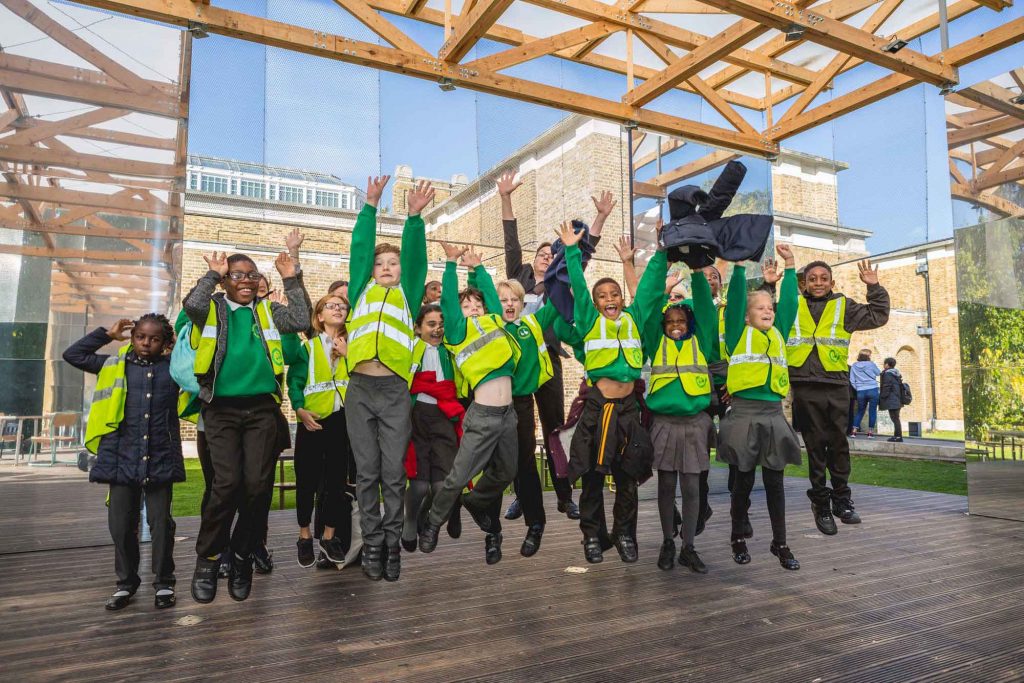 Afterlife for After Image 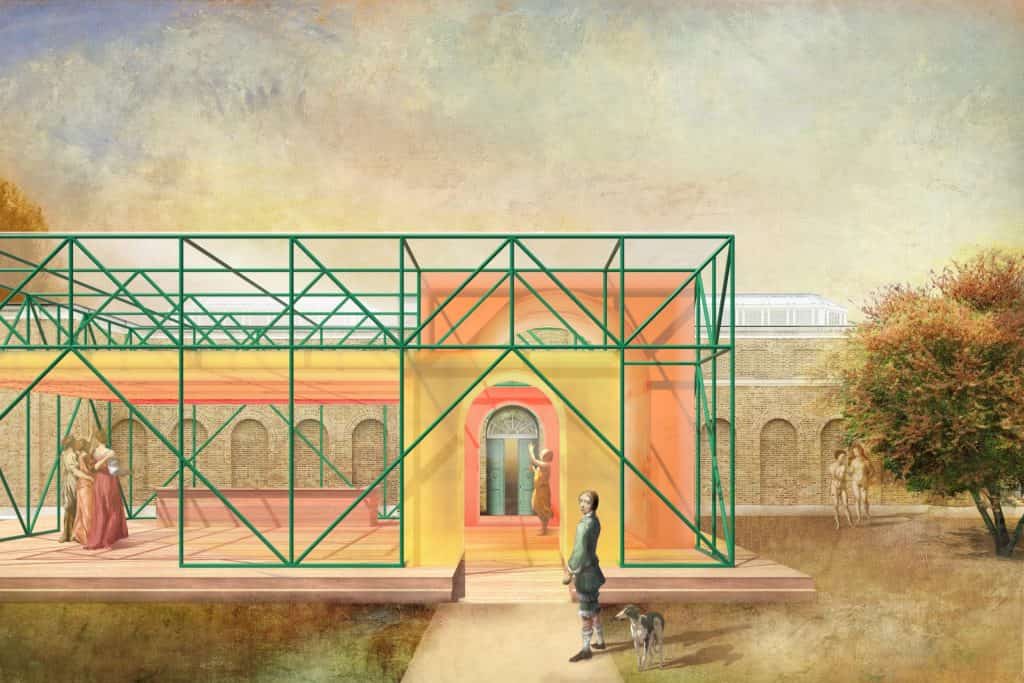